The Well Educated Program has been in place since 2005, and has since reached over 8,000 participants. 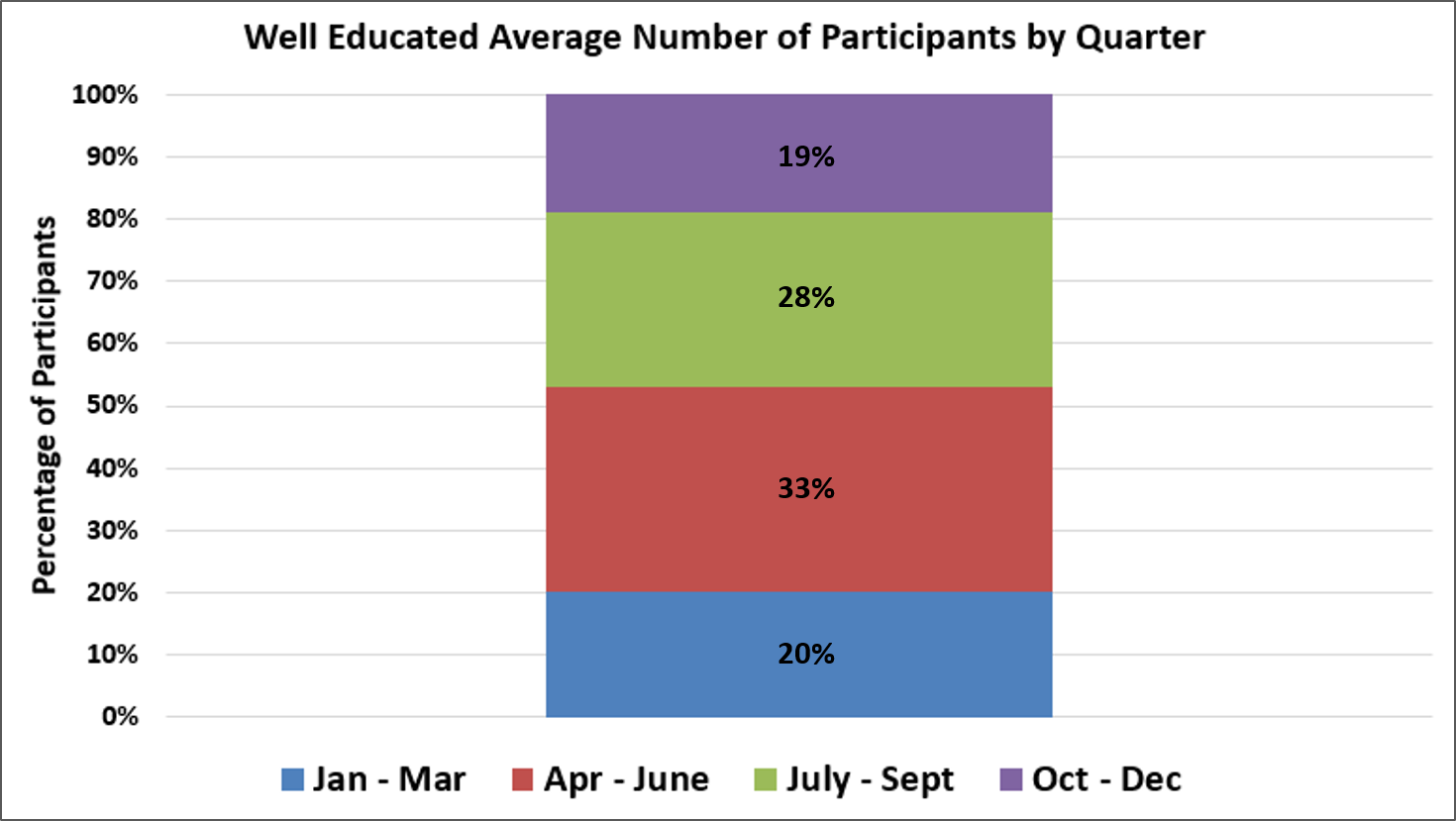