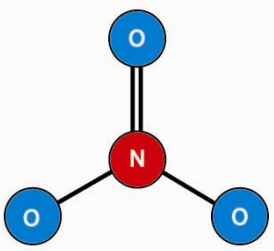 What are Nitrate and Nitrite?

Nitrate and nitrite are soluble compounds containing nitrogen and oxygen. In the environment, nitrite (NO2 - ) generally converts to nitrate (NO3 - ), which means nitrite occurs very rarely in groundwater. Nitrate is essential for plant growth and is present in all vegetables and grains. For this reason, the predominant use of nitrate in industry is for fertilizer. Nitrite is used for curing meats, manufacturing explosives, and for maintenance of industrial boilers. According to the World Health Organization, the average American male consumes 9-22 milligrams of nitrate-N per day primarily from leafy greens and root vegetables like carrots, beets, and radishes. Average nitrite-N consumption is much lower at 0.1-0.8 mg per day, primarily from cured meats. Intake at these levels is not considered a health risk.

Testing labs generally analyze for nitrate and nitrite together so the results are often written as nitrate+nitrite as N (nitrate+nitrite-N). The drinking water standard for nitrite-N is 1.0 mg/L. However, nitrite is very uncommon in groundwater, so it is generally assumed that almost all of the nitrate plus nitrite is in the nitrate form. Natural levels of nitrate-N vary from zero to about 4 mg/L. If the value is above 4 it is possible that nitrate-N is moving into groundwater from a surface landuse or a septic system. Nitrate-N values exceeding 8 mg/L are approaching the health standard and should be monitored regularly especially if an infant under 1 year of age is using the water. Nitrate-N values over 10 mg/L are unsatisfactory and action should be taken to determine the source and discontinue use of the water for infants or people with cardiac problems.

What are the Health Risks?

The drinking water standard for nitrate-N is 10.0 mg/L, or 1 hundredth of a gram in one liter of water. The nitriteN standard is 1 mg/L. These standards only regulate public water supplies but are a relevant guide for private well owners. 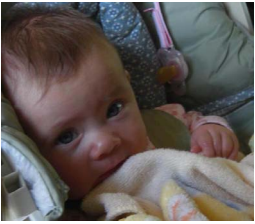 The major health risk from nitrate/nitrite is to infants under 6 months of age. At this early stage of development, nitrate in the body is transformed to nitrite, which reacts with hemoglobin (the oxygen carrier in the blood) and prevents transport of oxygen. The result is a decreased oxygen supply to the body, often called blue baby syndrome (or methemoglobinemia). It gets this name because the skin often turns a blue or grayish color, especially around the mouth. If these symptoms are noticed, seek medical attention immediately.

Adults are at low risk from this syndrome. Adults with chronic health problems, such as heart or lung disease or enzyme deficiencies, may be at higher risk from elevated nitrate/nitrite levels. Pregnant and nursing mothers should also avoid drinking water high in nitrate/nitrite because of potential effects passed on to the fetus or infant. There have been a few studies suggesting high nitrate/nitrite may cause certain types of cancer, but this connection is not well understood. 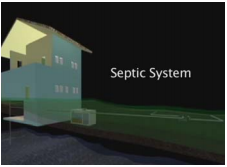 How Does Nitrate get into Water Supplies?

Nitrate-N is found naturally in soil and water, but usually at relatively low concentrations (less than 4 mg/L in water). However, nitrate is highly soluble and is easily transported when contamination sources come into contact with water.

Common sources for nitrate contamination include septic systems, refuse dumps, fertilizers, manure, and decaying plant matter. Precipitation or irrigation will leach nitrate from these sources. As water percolates into the ground and runs over the surface, nitrate is carried into groundwater and/or surface water. Because nitrate is readily mobilized in water, it is often considered an early indicator that a pollution source is reaching a water supply.

What Steps can be Taken to Deal with High Nitrate Levels in Well Water?

Click on the links below to be directed to more resources.